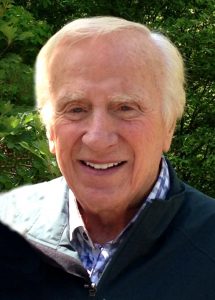 Seymour Holtzman has managed public companies for more than 40 years and has been featured in Forbes, Business Week, The Wall Street Journal, The New York Times and many other national business publications.

He is the President and Chief Executive Officer of Jewelcor, Inc., a former New York Stock Exchange listed company that operated a chain of retail stores throughout the United States. He was previously the Chairman of the Board and Chief Executive Officer of Gruen Marketing Corporation, an American Stock Exchange listed company involved in the nationwide distribution of watches.  Mr. Holtzman serves as Chairman and Chief Executive Officer of Jewelcor Management, Inc., a company primarily involved in investment and management services. He is the owner of C.D.Peacock, Inc, a Chicago, Illinois retail jewelry establishment as well as the Rolex Boutique Luxury Swiss in the Design District of Miami, Florida. He also has various real estate holdings.

For 14 years (2006-2020) Mr. Holtzman was the chairman and largest individual shareholder of Destination XL Group Inc. (NASDAQ: DXLG), the nation’s largest specialty retailer of big and tall men’s apparel with over 400 locations.

In 1989, he pioneered by leading a group of internationally prominent western businessmen to invest in Eastern and Central Europe. This group purchased the General Banking & Trust Co., Ltd., in Budapest, Hungary, which was the first bank in Eastern Europe to be privatized. He then entered into the retail optical and real estate businesses in Prague, Czech Republic.

He has been an investor in the banking and thrift industry since 1972, and his actions in defense of stockholders rights have been chronicled in the The American Banker, The Washington Post and SNL Securities Monthly Market Report.  Mr. Holtzman has been a featured speaker as a shareholder activist at Bank Director Magazine’s Acquire Or Be Acquired Conference in Phoenix, Arizona, which is attended by approximately 300 banking institutions.

He served as the National Finance Co-Chairman for the Reagan-Bush Campaign. He was appointed by President Reagan to the United States Department of Commerce’s Industry Policy Advisory Committee for trade policy matters. As an advocate of free trade, Mr. Holtzman was invited to advise the United States Senate Select Committee on international business and other economic matters.